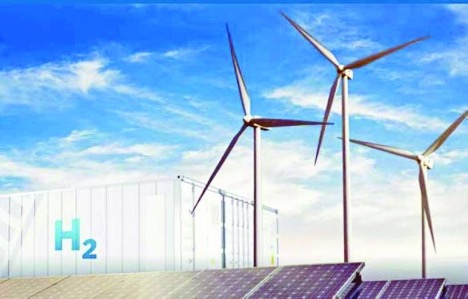 ‘Green hydrogen’ – a carbon-neutral energy resource seen as imperative to driving the global energy transition as well as achieving climate change goals – also has the potential to ignite the growth of a new, carbon-free economy in Oman.

According to Abdulrahman al Yahyaei (pictured), CEO of the Oman Society for Petroleum Services (OPAL) – the umbrella organisation of energy companies and service providers in the Sultanate – the climate-friendly energy resource will be a game-changer for the Omani economy and the wider global community.

“The need for an energy transition is widely understood and shared,” said Al Yahyaei. “I believe green hydrogen has the potential to be a powerful enabler of this energy transition, as it offers a clean, sustainable and flexible option for overcoming multiple obstacles that stand in the way of a resilient, low carbon economy.”

Speaking at the opening of the 2nd MENA Energy Meet, which was held earlier this week, the CEO underscored the green fuel’s potential ability to power the growth of a new economy in the Sultanate.

“The Omani government has taken actions, such as by conducting feasibility studies, aimed at unlocking the potential of green hydrogen as a new economic engine for the country, knowing that hydrogen and fuel cell technologies have significant potential to enable this transition to a clean, low carbon energy system.”

Al Yahyaei recalled in this regard the recent establishment of the National Hydrogen Alliance – branded as Hy-Fly – under the auspices of the Ministry of Energy and Minerals. Hy-Fly, a grouping of 13 public and private sector organisations representing energy services, academia and R&D, will work collectively to facilitate the production, transportation and utilisation of green hydrogen for domestic consumption and export, he said.

“One of their ultimate goals is to promote green hydrogen through investment in technology, and setting in place policies and expertise across the whole hydrogen supply chain,” he further stated.

OPAL, for its part, is keenly supporting the Hy-Fly project, Al Yahyaei said. “At OPAL, we are supporting a number of initiatives related to green hydrogen, by working closely with EJAAD (the country’s main platform connecting academia with industry) and OQ (the Sultanate’s global integrated energy group) in facilitating a number of R&D initiatives related to green hydrogen.”

The CEO however acknowledged that the pace of green hydrogen’s adoption as the agent driving the energy transition would depend largely on two factors: global dynamics, and society’s responses to climate change.

The 2nd MENA Energy Meet, a two-day virtual expo and summit, held under the auspices of the Ministry of Energy and Minerals, concluded on Tuesday. Organised by Muscat Expo in association with White Paper Summits, the forum featured an international cast of speakers who presented on a broad array of topics centring around green hydrogen.

A number of local and international energy developers have outlined plans for green hydrogen schemes potentially involving several billion dollars of investment in the Sultanate over the coming years.