After dropping to a one month low on Thursday, oil prices recovered nicely today. Investors attribute the uptick to the growing belief that OPEC will indeed extend production cuts through the end of 2017.

Friday’s rebound for oil prices can also be attributed to a weakened dollar and reports that non-OPEC member Russia was totally compliant with production quotas set by OPEC at the end of 2016.

Some analysts see the price increase of oil as simply a nice buying opportunity for investors, noting the major factors in lower prices have not been remedied as of yet.

“The markets see such a price drop as a nice buying opportunity within the relatively small trading ranges we see,” said Hans van Cleef, senior energy economist at ABN AMRO Bank in Amsterdam.

“After all, the main drivers – OPEC production cut versus U.S. production gains – are unchanged.”

According to a poll conducted by Reuters, most analysts expect oil supply and demand to be properly balanced by the end of 2017 if OPEC agrees to extend production cuts through the end of this year. 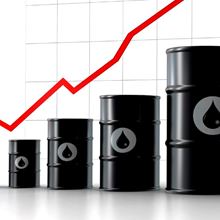