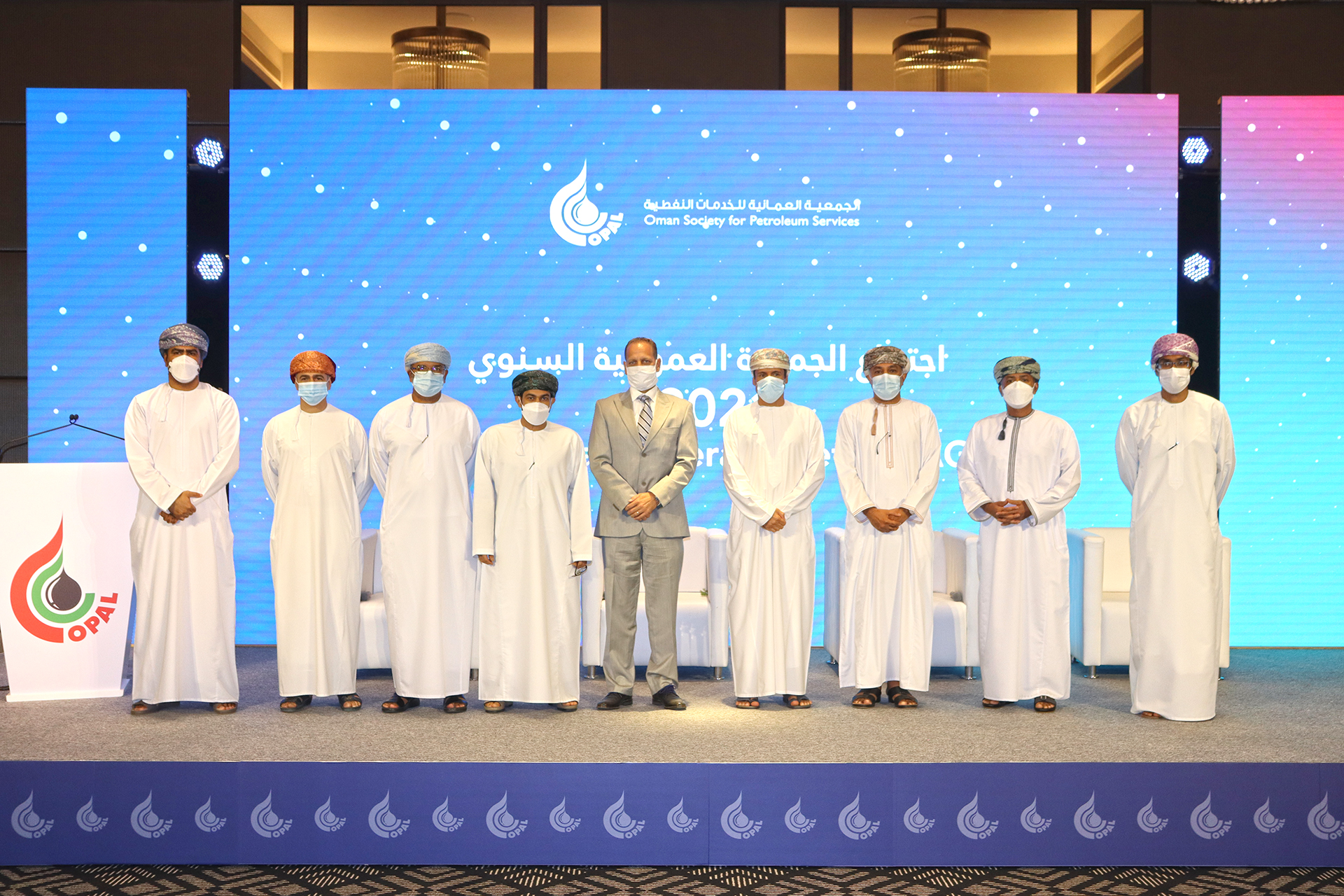 Muscat, March 24 – Oman Society for Petroleum Services (OPAL) held its Annual General Meeting under the auspices of His Excellency Eng. Salim Bin Nasser Al-Aufi, Undersecretary of the Ministry of Energy and Minerals, at Kempinski Hotel Muscat, and in the presence of the Society’s Board of Directors and the Financial Auditor. The meeting was also presented using visual communication technology as part of the Society’s efforts to preserve the health and safety of its members and it’s commitment towards the Sultanate’s policies aimed at reducing the spread of corona virus through applying social distancing.

The AGM started with an induction on health and safety procedures in the event of an emergency, followed by announcing the opening of the voting through the online platform “Tasweet” along with the instructions on how to use the application. A short video was presented on the main achievements of the Society in the preceding year 2020 which include interviews with some high official recognizing and praising OPAL for the challenges that the Society was able to overcome during the pandemic in addition to highlighting various services provided by the associations to its members in particular and to the country in general.

In a welcome remarks, Mr. Abdulrahman Al Yahyaei, ​​CEO of OPAL, explained the most important achievements that have been achieved in last year: “During the closure of the airports, as part of the measures to contain the Covid-19 pandemic, and in coordination with the government, Opal was able to organize more than 133 charter flights to repatriate more than 27,000 employees of the sector employees to their homelands. In addition, facilitating the return of more than 11,000 employees to their employers to support business continuity in their organizations, an effort that has saved more than 66 million Omani riyals for the industry.

Mr. Al Yahyaei added: “The long-awaited unified defensive driving license for the energy sector will be valid during the second quarter of this year, which will lead to enhancing road safety, saving lives and reaching practical efficiency, as it is expected to save OMR 6 million annually.”.

On the other hand, Dr. Amer Awad Al Rawas, Chairman of the Board, delivered a speech in which he affirmed OPAL’s keenness on sustaining “In-Country Value” and the prosperity of business communities. Mr. Al Rawas also said: “In order to achieve this, OPAL continued to build on the remarkable success achieved in the Training for Employment Program and the Training for Development Program. With the aim of preparing capable and productive Omanis in various fields of work, we have achieved great success in attracting key players in the energy sector to sponsor and support training programs for employment, and I am pleased to express my gratitude for the continuous support in this regard to all government and private agencies for their continuous support to OPAL.

During the meeting, Eng. Hussam El-Jahdamii, the Treasurer of the Board, presented the society’s financial report for the fiscal year ending on December 31, 2020, and the association’s general budget along with the appointment of the Financial Auditor was approved.

At the end of the AGM, the patron of the ceremony was invited to honor the Board members for the past period in recognition of their efforts and guidance, which contributed effectively to the success of the Society. Following this, the results of the voting for the new Board of Directors  announced instantly through Tasweet Voting System, which resulted in the selection of 7 members: