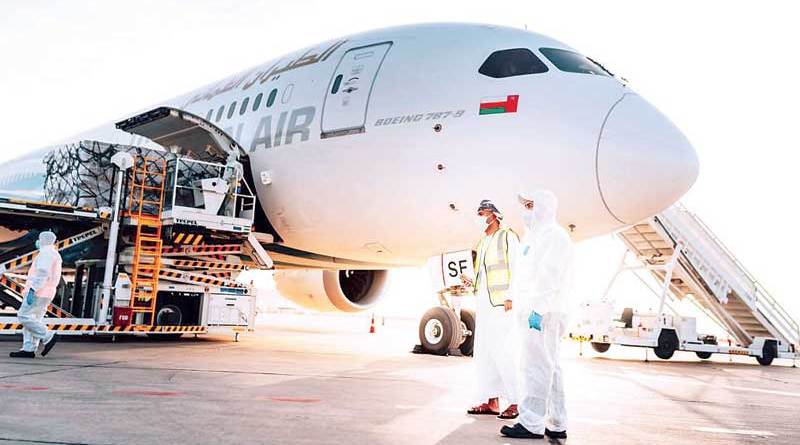 Humanitarian project: More than 27,000 workers were repatriated, while around 11,000 stranded oilfield personnel returned to Oman on board 133 special charter flights organised by OPAL last year

Special charter flights organised by the Oman Society for Petroleum Services (OPAL) — the umbrella organisation of the Sultanate’s energy and minerals sectors — helped in the repatriation and return of over 38,000 oilfield workers amid the grounding of scheduled commercial flights during the pandemic last year, a key official revealed here last week.
Abdulrahman al Yahyaei, CEO (pictured), said the humanitarian outreach mounted by OPAL also benefited thousands of workers and their families who were stranded abroad during the months-long shuttering of international airports globally.
The campaign, organised with the support of Oman’s Supreme Committee overseeing the pandemic response, as well as other government authorities, helped saved tens of millions of Omani rials for oilfield operators and the national economy in generally.
“During the year (2020), we received many requests from operators, contractors and service providers seeking support to repatriate their workers amid the grounding of commercial flights and the closure of airports as part of pandemic containment measures’’, said the CEO.
“In response to these requests, OPAL secured approval from the government authorities and organised 133 charter flights which repatriated over 27,000 employees and secured approval from the government authorities to return to Oman more than 11,000 critical employees to their employers to support business continuity in their respective organisations. This effort alone has potentially saved more than RO 66 million for the industry.”
Al Yahyaei made the revelations during the Annual General Meeting of OPAL, which was held at the Kempinski Hotel on Wednesday. Eng Salim bin Nasser al Aufi, Under-Secretary of the Ministry of Energy and Minerals, was the Guest of Honour at the event, which was live-streamed to members and other participants in keeping with social-distancing guidelines.
Furthermore, OPAL played a critical role in alleviating the impacts of the pandemic and the economic downturn on oilfield workers facing possible retrenchment.
Tasked by the Ministry to represent the sector on the ‘Laid-off Committee’ set up by the Ministry of Labour, OPAL raised many “labour-related issues on behalf of the industry and managed to get most of issues resolved”, said Al Yahyaei.
“We worked together with employees, employer’s (both contractors and operators) and the General Federation of Oman Workers and we were able to not only follow the recommendations on Covid-19 and facilitate the implementations, but also together as a team we improved the living standards and conditions of the accommodations in the concession areas in general.
We also negotiated and secured the consent of trade unions to allow the extension of the rotation period for oilfield workers from the existing two-weeks-on/two-weeks-off schedule to a four-weeks-on/four-weeks-off regimen and later on to three-weeks-on/ three-weeks-off shift cycle.
This initiative mooted by operators and contractors to minimise their potential exposure to coronavirus infection with resultant consequences for oilfield operations’’, he added.
In voting held online, members elected the following key figures to a OPAL’s new Board of Directors: Dr Aflah al Hadhrami, Eng Said al Habsi, Dr Amer al Rawas, Eng Hussam al Jahdhami, Moosa al Mousawi, Eng Ali al Lawati and Saif al Darai.